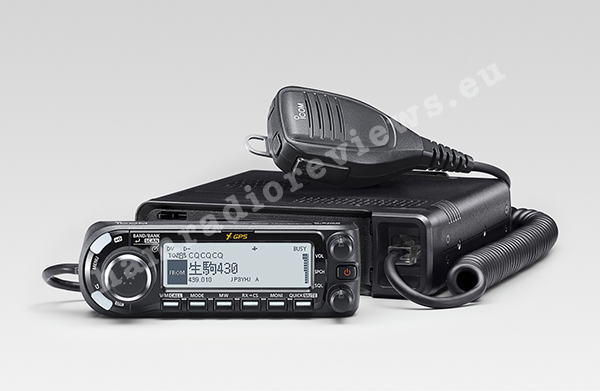 Icom Japan announced yesterday, 17th February 2017, the ID-4100 Mobile DStar VHF/UHF mobile radio. The radio will come with the new terminal and access point modes that are found in the latest handheld from the company, the ID-51A PLUS2. The terminal mode allows the radio to be connected to the worldwide DStar repeater network through the internet. The access point will allow the radio to function as a hotspot, which will basically replace the DStar hotspot

Other than that, the radio will also include:

is going to be compatible.

Here is a screenshot from Icom’s brochure:

One cannot help noticing that the ID-4100 resembles the ID-880H, which is no longer in production:

Apart from the not-so-original design, I am guessing this compact form factor of the control head will suit many. Of course, there is no mention of its screen being touch-sensitive. At this size, this would have been a bug, not a feature.

The announced release date is 15th March this year.