X5105 QRP radio. All images, videos and information on the radio posted here (unless otherwise stated) are courtesy of Wayne 2E0BVJ. Thank you Wayne!

The radio seems to be a bit thicker than the KX2, although the other dimensions are almost the same. 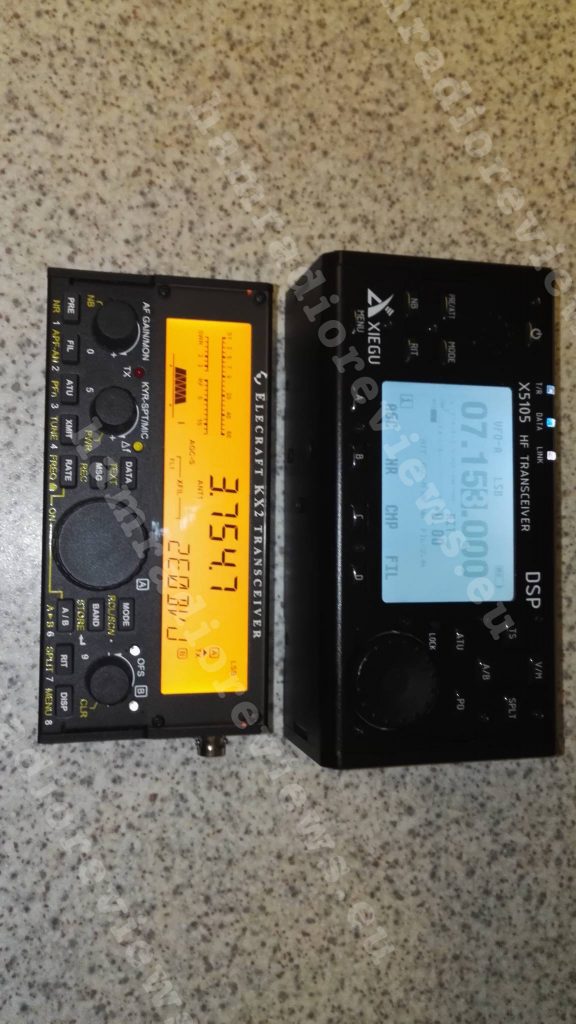 Here are the images with captions, click on a thumbnail to enlarge:

A note on the batteries of the Xiegu X5105: on my previous post on the radio, I mentioned that the radio would be accepting 18650 lithium batteries. This is not correct. The radio will have a built-in 12v 5000mAh lithium battery, which will be charged by connecting the radio through the DC jack. Further information on this will follow when I have something new.

In this first video, the radio is being used on 20m with a telescopic antenna attached, in a handheld configuration:

In this video, the radio receives CW on 20m with the same telescopic antenna:

In the next video, the radio is connected to an external antenna and receiving AM broadcast HF bands:

It is important to note that, apart from the built-in 5000mAh antenna, the radio also features a build-in ATU. Not bad for such a small radio, right?

In this next video, Fred is doing an unboxing and test of the radio, along with a brief overview of the menus:

In the next video, Fred is testing it outdoors in handheld configuration with a telescopic antenna:

In the following video, Fred is listening to shortwave radio and is doing some adjustments on the audio: